NEWS FROM THE SHED

On Valentine’s Day, Wednesday 14 February, 2018 the guys from the Men’s Shed took their wives out for a romantic dinner to the Heart of Europe restaurant.

The BSBN  donated $500 to CUC(MS).. You might well ask what organisation is that?  It stands for … Bayside Smart Business Network Association and is a not-for-profit organisation of local business people who come together to share ideas, referrals, information and inspiration as they strive for business success.  It was founded in 1998 and over those years several local communities and charities in the Redland City area have been donation recipients.

We were successful in obtaining $1000 from the Ian McDougall Memorial Grants Program. THANK YOU REDLAND FOUNDATION .  You can find them at www.redlandfoundation.org.au

This together with the $1600 which we received from the Redland City Council, has provided sufficient funds to cover the cost of a defibrillator.  The Defibrillator has been purchased and training can now commence.

CUC (MS) has a Notice in the Community Section of the Redland City Bulletin.

The Shed is open Mondays and Wednesdays from 8.00am to 12.00pm behind the Cleveland Uniting Church at 36 Passage Street.  New members always welcome.

The CUC Mens Shed continues to be well-known in the Cleveland area, judging by the number of phone calls, enquiries through our link on this site and the many folk who just want to donate goods.  Unfortunately we have limited storage space at the Shed so in many cases we have had to decline the many very generous offers.

The CUC Mens Shed recently sponsored a CPR Training Day. Folk from the Shed and the church community attended at no cost to the participants. This was made possible by very generous donations from members and CUC Mens Shed.

The training was conducted by the Red Cross.  The trainer, who was made to feel very welcomed by all who attended, commented that it was a great training day.  A defibrillator was demonstrated and the various aspects of such an important tool easily explained.

After investigation into the use of a defibrillator it has been decided to apply for a Grant from the Redland City Council.

If the Grant application is successful the unit will be made available to all Church Groups but will be housed in the Shed.

March 2017:  Ten CUC Mens Shed members and their wives joined the Keenagers bus trip to RAAF Amberley Aviation Heritage Centre  on Thursday 23 March.  Approaching the Gateway Motorway we were confounded to be going to the north not the southwest as we expected – in the direction of Amberley. It turned out that we had to pick up Denise and Lewis Kidd at Wavell Heights and, importantly, our morning tea and lunches which had been put together by Denise.

After travelling through tunnels of the Legacy Way, we arrived at Kholo for morning tea. Arriving at the Amberley security checkpoint each person was checked in. At the Heritage Centre we were fully introduced to the various planes and helicopters by volunteer Martin who was the pilot who flew the helicopter that is on display. Various land vehicles were on display as were bits of engines and motors from various planes.

Among the display was a World War II Boston Bomber, Vietnam Canberra Bomber, Caribou Airlifter, Sabre and Mirage Fighter jets, F111, Machi, Sioux and Iroquois Helicopters.  One F111 had survived a collision with high voltage power lines, the incisions made by the wires clearly visible.

Following a delicious smorgasbord lunch and a last look around, we headed back to the north side of Brisbane and returned back at the church round 5.00 pm.

Many thanks must go to Denise Kidd for organising this trip and particularly for offering the CUC Men’s Shed members the opportunity to go with the Keenagers on this bus trip.

The men have really enjoyed being part of the project over the past few months.  The replica Cleveland Point Lighthouse is now safely stored at the Redlands Museum.

If you missed seeing the completed job come down to the Redland Museum .. you can even see it from the road.

A locked gate has been made and installed on our property boundary with the vacant allotment to the north, owned by the RSL. With agreement from the RSL, extra parking is now available on the RSL property and so avoid  he necessity to park on the grass next to the Church. This will be very helpful for occasions such as large funerals or other events where extra off-road parking is required.

You will notice the cupboard on the left as you enter the Church foyer has a fresh new look. This work was completed with help from members of the Property Cell.

Also, if you belong to a community group, then we may be able to help you …. any project BIG or SMALL.

GO TO IGA, particularly the IGA at the corner of Wellington Street and  Shore Street West, or try out other IGA stores to see if you can sign on to the community funding program  and then make CUC Men’s Shed the beneficiary to their Community funding.

For every dollar you spend, IGA has put aside one cent to our Men’s Shed. This scheme has been operating for over the past 3 years. The good news is that approx. $500 has been raised for the CUC Men’s Shed.

THANK YOU IGA and to all who support this scheme.

All men are invited to join this fast-growing and active Men’s Shed. There are opportunities for involvement, activity, morning tea, outings, chatting and spending time with other men.

REMEMBER THE SANDRINGHAM FLYING BOATS IN THE BAY

A flying boat base was established in Redland Bay during early 1953 to service Qantas routes to New Guinea and the South Pacific Islands. The then Redland Bay jetty was the embarkation pontoon.

You can again capture that time in history by visiting the Redlands Museum where you will see a display called “Wings Over Redlands”.

During 2016 a member of the Cleveland Uniting Church Mens Shed “(CUC MS ) and the Alexandra Hills Mens Shed (AHMS) worked on a joint project. This project has involved the building of a Sandringham Flying Boat.

This model has become the centre-piece of a display called “Wings Over Redlands.  Other aerial events which have occurred in the Redlands over time will also  be on display.  What Ed has helped to create out of balsa wood and glue is a wonderful testimony to his “modelling” skill which he has exhibited over many years.

A small video has been produced for the Museum (looking at the history of this project) and this will be shown here soon.

The Cleveland Uniting Church Men’s Shed has been fortunate to receive funding from the 2015 Redlands RSL Community Grant Program, for an amount of $2,000.  The RSL said they received an overwhelming response from a record number of organisations, so we are very grateful to be selected.

Representatives from the CUC Men’s Shed attended a presentation function on 9 September 2015.

The grant will be used to purchase two laptops and associated equipment.  It is proposed that one laptop will be used to centralise administrative records, and the other used to train members in computer use and help members to update their computer skills.

The Men’s Shed members are very grateful to the RSL for their support in helping members keep up with this technological age.

The CUC Men’s Shed was also among the recipients of the 2015 grant from the Redland Foundation. Rod Macdonald and Ian Henderson, accompanied by Lynette Hardman, were presented with a certificate and a cheque for $2880 at the recent awards night. The presentations were made by Jeffry and Geraldine Underhill, the philanthropists whose generous donation funds the grants and supports so many not-for-profit organisations in the Redlands community.

The grant will be used to lay a concrete slab foundation for an awning extension on the shed, and to construct a safety ladder to the mezzanine floor.

The Mens Shed has been granted $4000 from the Australian Mens Shed Association (AMSA).  If you visit the Shed you will notice that the awning now spans the whole concrete slab. This is a great work space for the men but also an area which can be utilised by all the Church Groups.

Cleveland resident, Mrs Brenda Prinz, was delighted recently to take possession of the completed model of the ship HMS Unicorn from members of the Cleveland Uniting Church Men’s Shed. Her late husband, Helmut, began this project after retiring in 1997. He had already logged about 600 hours of work on the project and it was substantially constructed when the couple moved from Cairns to Brisbane in 2004. It was a labour of love for him but unfortunately it remained unfinished when he had a stroke and died in January 2005.

When Brenda appealed to the CUC Men’s Shed for help in finishing her husband’s dream, Shed member experienced modeller, Alec Simpson stepped up to the task. At the handover event at the Shed recently he spoke of the high quality of the model and how he managed to complete it. Those attending were amazed at the minuteness of the cannons and the rigging details.

The original HMS Unicorn was launched into the River Medway, UK, in 1824. She was part of the re-equipping of the Royal Navy after the long sea campaigns against Napoleon. Now she has been restored to her former glory and is currently on display to the public in Dundee, Scotland.

Brenda and her family feel that having his model lovingly completed is a fitting tribute to Helmut, their husband, father and grandfather.

All men are invited to join this fast-growing and active Men’s Shed. There are opportunities for involvement, activity, morning tea, outings, chatting and spending time with other men.

You can just pay us a visit on Monday and/or Wednesday mornings.

In August 2016 we again helped the school with the construction of large stage steps for its production of the “ The Lion King”.

Many hours were put into producing these large steps. Many thanks to Derek and Alf and others for this work, which was greatly appreciated by all at the School. 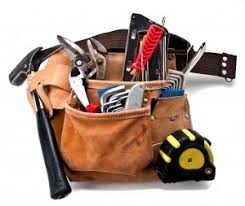 A video which you can see below, especially for men who suffer from Arthritis which Men’s Shed has produced with Arthritis Queensland  and the help of a few Brisbane Sheds and their Shedders:  (30 minutes) 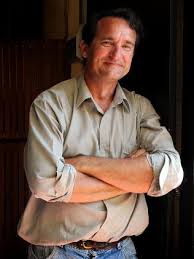 What is Men’s Shed? It is a place for men to work together, companionship and education on men’s issues.

Remember a Men’s Shed Group is more than just men meeting in a shed – it is an opportunity for men to come together in an informal and relaxed environment with no pressures, and to learn and to share thoughts and issues they are facing in their lives.

Take a look at the Men’s Shed Association site at  http://www.mensshed.org/home/.aspx for more information.

Thank you for your donation.